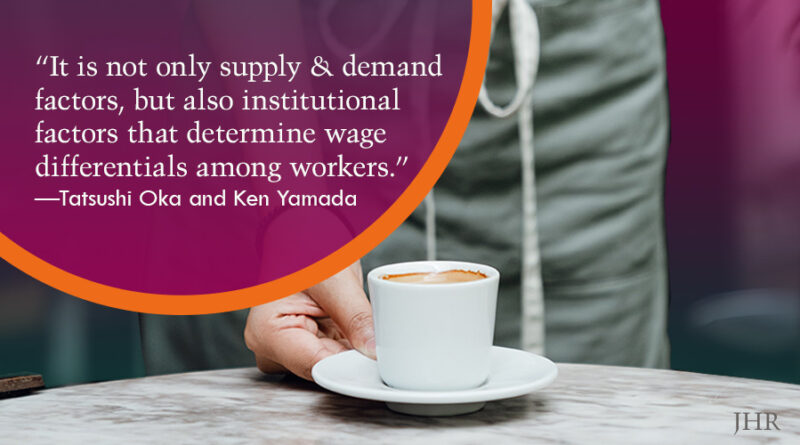 The minimum wage has been introduced and expanded in many countries to lift the wages of the lowest paid workers. In the United States, most of the lowest paid workers are either less educated, young, or female. In light of this, Tatsushi Oka and Ken Yamada examined the extent to which the minimum wage influences the wage differential among workers with different observed characteristics (i.e., years of completed education, years of work experience, and gender) and the wage differential among workers with the same observed characteristics.

Oka and Yamada show how a rise in the minimum wage (deflated by the price index) over recent decades has not only raised the lowest level of wages but also weakened the relationship of wages with education, experience, and gender in the United States. The impact of the minimum wage was greatest for workers who earn at the minimum wage, but it also affected those who earn slightly above the minimum wage.

Their findings suggest that the impact of the minimum wage needs to be taken into account when we attempt to explain the observed patterns of changes in between- and within-group wage differentials.

Read the study in the Journal of Human Resources: “Heterogeneous Impact of the Minimum Wage: Implications for Changes in Between- and Within-Group Inequality,” by Tatsushi Oka and Ken Yamada. 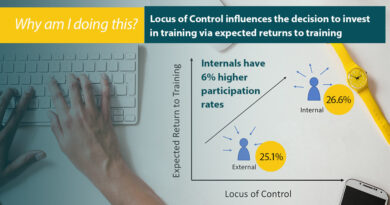 Is This Worth My Time? How Does Locus of Control Affect Workers’ Training Choices? 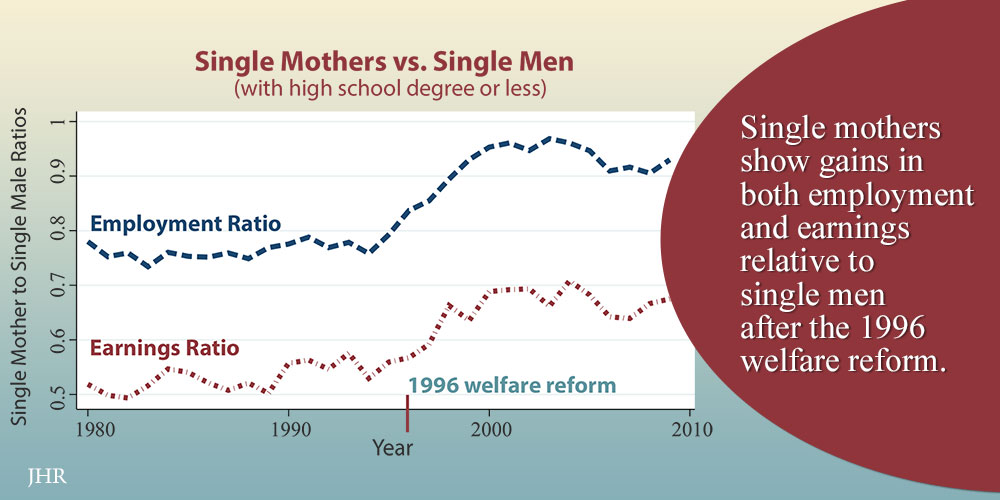 Who Needs a Ring? The 1996 Welfare Reform’s “Independence Effect”