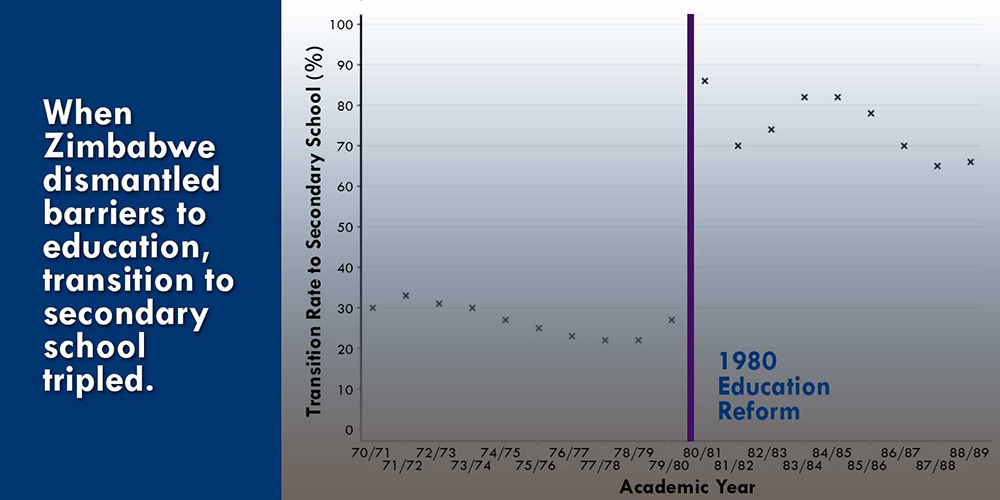 UNESCO reports that 200 million adolescents were out of school in 2016. This missed opportunity is especially costly because secondary education brings substantial intergenerational benefits, as Jorge Agüero and Maithili Ramachandran show in a new study to be published in the Journal of Human Resources.

In April 1980, after decades of apartheid had severely rationed Black students’ access to post-primary education, Zimbabwe enacted a national reform to dismantle all barriers to entry. The immediate impact was a tripling in the transition rate from primary to secondary school. Agüero and Ramachandran compared two groups of Black children: those who were transitioning to secondary school post-reform (15-year-olds in 1980) and those who had transitioned (or, attempted to transition) pre-reform (16-year-olds in 1980). Because the quality of education available to these two groups is similar, differences in their schooling attainments are arguably driven by the reform.

Using census data from 2002, the researchers observed both groups as adults after high school, but when their children still lived with them. They wanted to estimate the intergenerational schooling “spillovers”—whether increased education for one generation meant increased education for the next. They find that on average, for each additional year of schooling, mothers transmit 0.073 years to their children, and fathers transmit 0.092 years. They also find that fathers have more impact on younger children, while mothers have more impact on adolescents. However, neither parent’s transmissions were biased by gender: boys and girls benefitted equally. 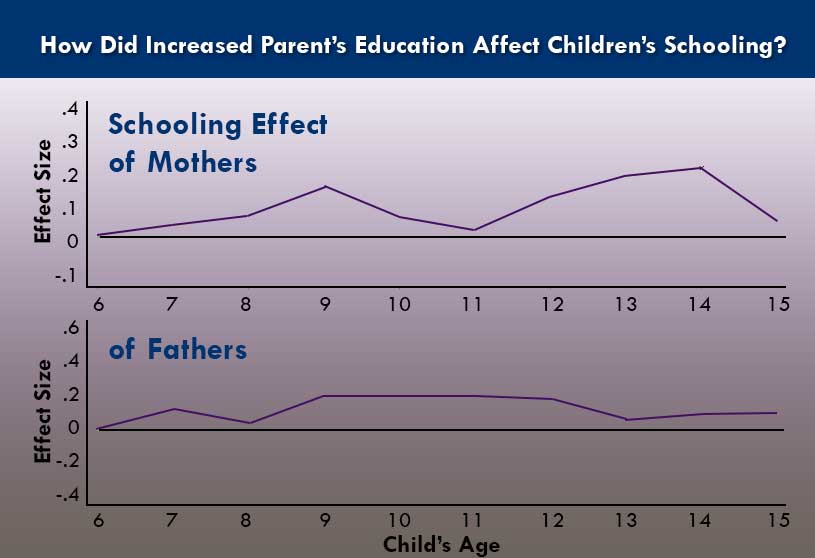 So how does more education result in more education for children? According to the researchers, the intergenerational spillovers arise because the reform modified behaviors in the labor and marriage markets: those with more education married later, chose more educated partners, worked in higher-skill occupations, and had fewer children.

Read the full study in the Journal of Human Resources: “The Intergenerational Transmission of Schooling among the Education-Rationed” by Jorge M. Agüero and Maithili Ramachandran 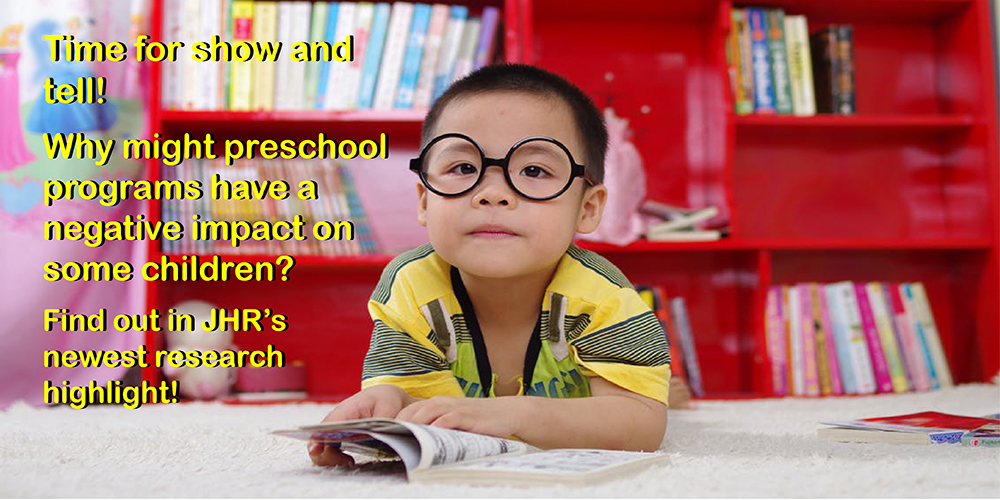 Preschool and Parents’ Reactions in a Developing Country: Evidence from a School Construction Experiment in Cambodia 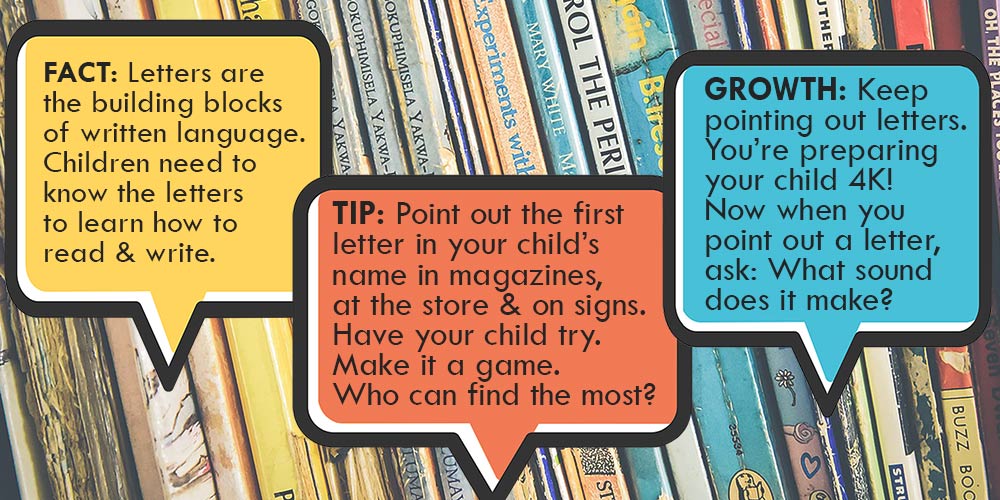 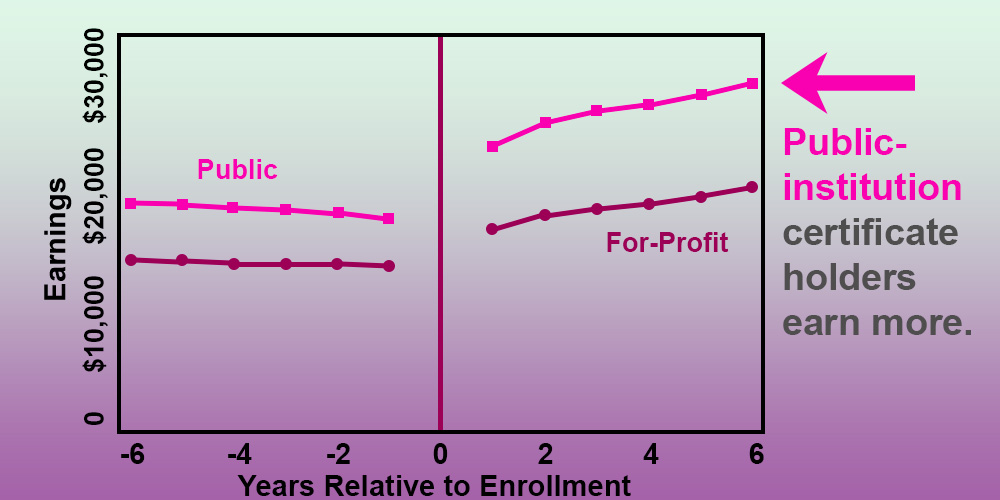